LOOKING BACK TO LOOK FORWARD: PART II — WHAT STORIES WILL BE TOLD ABOUT US? 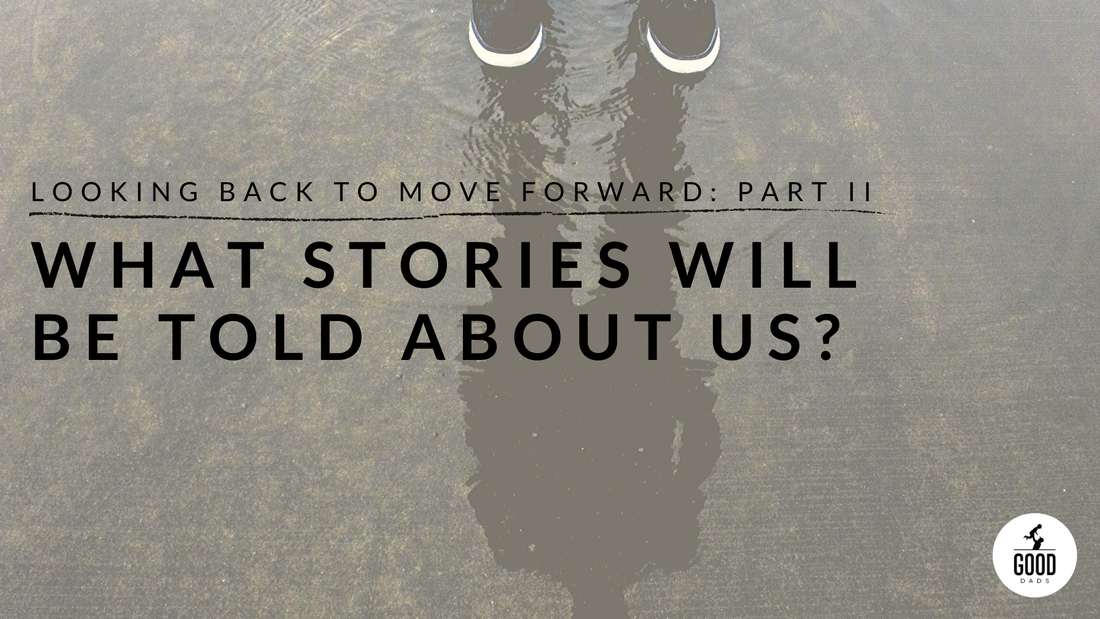 Two days after the Japanese bombed Pearl Harbor, everything changed for nine-year-old Mary Previte and her schoolmates when they became prisoners of war (POWs). Mary and her siblings were attending the Chefoo School, a boarding school established to give British and American children living in China the opportunity to receive a Western-style education in English. Her parents were missionaries, as were the parents of many of the children at the school. No one knew at the time that it would be five and a half years before the children were reunited with their parents.

Initially the children were kept at the school, but within a year they were moved three miles away and lodged with their teachers in very cramped quarters—four houses with 60-70 children per building. Crowded into a very small space, Mary reported having less than an inch between mattresses on the floor. It was during this time that Mary’s teachers, Miss Ailsa Carr, Miss Beatrice Stark and Miss Broomhall, all between the ages of 20—25, decided to help preserve some of their students’ childhood by starting a Brownie and Girl Guide troop for the girls. Cub Scout and Boy Scout troops also were instituted for the boys.

In the October 2017 print edition of The Trumpet, Jeremiah Jacques, reports, “From the beginning, the teachers decided to operate these youth units as if they were the same as those in peacetime. Concentration camp or not, they were going to be orderly, cheerful, productive and polite.”

Jacques quotes Mary as follows: “We were to have nice manners like the princesses in Buckingham Palace. You could be on a wooden bench, eating out of a soap dish or an empty tuna can, and you might be eating boiled animal brains or what the Chinese would feed their animals, and the teachers would come up behind you and say, ‘Mary, do not talk with food in your mouth. There are not two sets of manners, one for the concentration camp and one for Buckingham Palace in England.’”

About a year later, the children again were relocated to the Weihsien Civilian Assembly Center, a concentration camp run by the Japanese in China during World War II. Mary was one of roughly 300 children interned at the camp, which held 2000 prisoners. At Weihsien, the children and adults endured very difficult circumstances. They were often hungry, cold, battling bed bugs, insects and vermin. They learned to eat certain weeds, e.g. pigweed, for calories. When they occasionally obtained eggs, Mary’s teachers ground the eggshells and fed them to the children so they would have calcium for their bones. The children also were forced to work at tasks that included cooking, mopping floors, swabbing latrines, pumping water, washing clothes, and trash disposal. Even during this desperate time of daily drudgery, the scouting groups continued.

Jacques records one of Mary’s memories from that time. “Twice a day the captives lined up for roll call, and the soldiers were often late to arrive to take count. Mary and the others in the youth troops did not let the time go to waste. While waiting, ‘We were practicing our semaphore and Morse Code,’ she said.”

Today we are aware of the impact of early trauma on a child’s life. Mary does not seem to have suffered in the way that many have. Perhaps it was because of the teachers who emphasized structure, gratitude and productivity. It seems this is what Mary meant when she said, speaking about her teachers some 75 years later, “What a gift those teachers gave to us!”

In 1985, Mary decided to search for the teachers who made her life bearable during the long years of internment. She also found five of the seven soldiers who parachuted into the camp to free them. She wanted to thank them for all they did to help save the children.

Jacques describes the outcome this way: “Not many situations in life would be as hopeless as a rat-infested, bed-bug ridden, tragically overpopulated and starving concentration camp. And the desolation of life there could have easily overcome Mary Previte and the others of the Chefoo School. But that did not happen.”

You can read more about Mary’s experience here.

Mary Previte passed away November 17, 2019 at the age of 87 as the result of injuries sustained in a motor vehicle accident a few weeks prior. During her lifetime she earned her bachelor’s and master’s degree in education. She served on the Voorhees Board of Education and was the Administrator of Camden County Youth Center for over 20 years. In 1997, she was elected as the first female president of the New Jersey Juvenile Detention Association. She also was elected to the New Jersey General Assembly, representing the 6th legislative district from 1998-2006.

What Stories Will Be Told About Us?
The take-away from Mary’s story for dads and moms today is the difference their outlook, their disposition, their attitude makes to their child’s experience. In any crisis or difficulty, including the COVID-19 Pandemic of 2020, a parent’s interpretation of that event will make all the difference to the children experiencing the same phenomena. Act like it is a tragedy—something that cannot be overcome, and you will most likely have a worried, anxious child with limited cognitive and emotional resources. Provide structure, emphasize gratitude and seek opportunities to learn something new and you are more likely to produce a resilient, resourceful child. It is easy to feel as though our world is spinning out of control, but there are things you can do to make it more manageable for yourself and your family.

Consider sharing Mary’s story with your children—especially those 7- or 8-years-old or older, and using the questions below as a guide to facilitate conversation about what she went through. Be sure to share the end of Mary’s story – how despite such tough circumstances she maintained a grateful spirit and went on to accomplish many things and help a lot of people.

Ask Your Children: (Use those questions most appropriate to your child’s age and understanding.)

Dr. Jennifer Baker, Founder & Executive Director of Good Dads, is a clinical psychologist and family therapist with nearly 30 years of practice helping individuals, couples and families. She is the wife of one, mother of two and grandmother of eight. She may be reached for question or comment at jennifer@gooddads.com.